Not the History of British Popular Culture 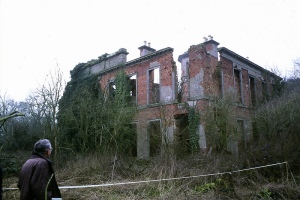 In place of a review of Let Us Entertain You: Part 2 In With the Old  (First shown on BBC2, 11th November 2015.  Available for a limited times on the BBC iPlayer at http://www.bbc.co.uk/iplayer/episode/b06pmdhp/dominic-sandbrook-let-us-entertain-you-2-in-with-the-old.

As I have commented elsewhere I don’t think I can write a review of the second instalment of Dominic’s Let US Entertain You, it was rambling and incoherent. The first programme did, at least, have a narrative behind it. But the second programme (“In with the old”)?  The British have a thing about stately homes (true), why (they just do). The Royal Family began to see the need to market themselves after Diana (true), what does this show about modern royalty (nothing). There was a satire boom c.1960 (true), politicians are now in low esteem (true, but the satire boom petered out years ago and the attitude of the press in, most recently, the expenses scandal has more to do with the recent decline in public trust in politician).  Why the BBC continues to use him is a mystery to me – it is not that he is right wing, but he that he is a poor history.  It is not that I don’t want to engage with the arguments here, it is rather that is not possible to indentify an argument with which to engage.

It any most evidence were needed about what this is, please note that the TV reviewer in UKIP-backing Daily Express loved it for its offer of post-imperial grandeur, “Britain dominates the globe with culture now  … gives you reason to feel proud.” [http://www.express.co.uk/showbiz/tv-radio/618894/Dominic-Sandbrook-Let-Us-Entertain-You-BBC-Peep-Show-Channel-Four-review].  It is not even as if the dropping of any pretence of serious history has pulled in the crowds – this programme pulled in a 3 per cent audience share (691,000). [https://overtheshouldermedia.wordpress.com/2015/11/12/nbc-1-wednesday-in-the-u-s-bbc-one-1-in-the-uk-nine-1-in-australia-3 ]

1 Response to Not the History of British Popular Culture