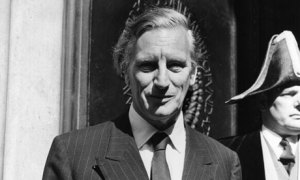 History is not only, or even mainly, concerned to create a narrative of events.  One of the key challenges for the historian is to recreate and communicate the internal world of thought and ideas through which people act and understand the world in another time.  The reverse of this is what George Butterfield called  “the Whig view of history” which privileges the current thought-world as the one true one, sees the past in terms of progress towards this system of ideas, and tends to impute these ideas to actors of the past.

On the face of it, Dominic with his use of cultural material and references far beyond the political and business elite, should be well placed to recreate this internal world.  But repeatedly we have the past not understood in its own terms, but understood as a version of the present.  So we have the use of the word “sleaze” to describe some of the business dealings in Wilson’s circle in the 1970s (Seasons p57), a word that only became widespread in its use in the UK in 1994.  The way that people felt about politicians after ‘cash for questions’ in 1994 was not necessarily the same feelings which existed towards Joseph Kagan (of Gannex raincoats fame) and his relationship with Wilson, this has to be built up by careful use of evidence.  I would suggest (although I will not develop the point here) that the concept of sleaze that developed after 1994 was new and different and allowed popular attitudes to coalesce in a way that was not prevalent in the 1970s.

The point here is not “sleaze” but interest rates.  The last post looked at the credit boom that was set off by Heath’s government’s policy of a freer market in banking in 1971 (not, as Dominic claims, related to the “Barber boom” reflation of the 1972 budget).  This made credit much more freely available which helped the boom in house prices.  It also led to the establishment of the “secondary banking” sector, which in 1973 was to prove unstable.  But when dealing with interest rates Dominic confuses the past and the present when he asserts “the Back of England implemented the tightest credit squeeze in living memory, raising the minimum lending rate to an eye-watering 13 per cent” (Seasons, p9)

There are a number of points here, quite aside from the fact that the Minimum Lending Rate (MLR) should be capitalised, it is the name of the interest rate set by the Bank of England; it is now called the Bank Rate.  Until the Bank of England’s Monetary Policy Committee was set up with an independent remit to set the Bank Rate, responsibility for setting this was ultimately a political one, resting with the Chancellor of the Exchequer.  As part of the 1971 policy to liberalise the banking sector, the Base Rate which was set according to the government’s priorities, was replaced with the MLR which reflected market rates (precisely, it was set at 0.5% above the average rate of discount for Treasury bills established at the weekly tender).  (http://www.bankofengland.co.uk/statistics/pages/iadb/notesiadb/wholesale_baserate.aspx).  Thus, the rate was reviewed every week with the Chancellor having very little to do with the process, rather the MLR reflecting the rate that the Bank would lend to banks as the lender of last resort.

The government, however, reserved the right to suspend this normal practice, and that is what it did with the increase to 13%.  This was not an enormous hike above the rate that had been established by the market mechanisms.  This had already been set that week at 11.25% by the normal mechanism, but the next day this was increased by the government to 13%.  This was not simply a response to the balance of payments pressure, but also a reaction to the NUM’s threat of industrial action and other unions moving towards industrial action over Phase 3 incomes policy, and (probably to a lesser extent) the impact of increased oil prices (threatening balance of payments through increased import costs) and the reduction in oil production (threatening production) (“Lights go out as emergency powers bite” in The Times, Wednesday, Nov 14, 1973; “Lending rate 11¼ pc” in The Times, 12/11/1973; “Bank lending rate soars” in The Times, Wednesday, Nov 14/11/1973; David Wood “Urgent action to meet energy crisis: triple threat to the nation” in The Times, 14/11/1973).

Was this “eye watering”?  Clearly, to someone with a mortgage, the increase (as far as it was reflected in their mortgage rate) may have hurt.  (Of course this begs all manner of questions, how was this reflected in mortgage rates, who had mortgages, was this increase mitigated by rising incomes?)  And any “eye watering” effect was mitigated by house prices still increasing, albeit more slowly, and incomes were rising too.  For non mortgage borrowers, particularly commercial borrowers, this was not a high rate at all since inflation was running at 9.2% in 1973, rising to 16% and then 24.2% in the next two years.  Thus if a commercial borrower had borrowed at 13% at the end of 1973, and paid it back at the end of 1974, the effective rate of interest would have been negative, the money that they borrowed would buy more at the time that it was borrowed than the money they paid back would buy at that time.  (Of course, this is not strictly true, most loans were above the MLR, but the MLR fell back to 11.5% through 1974).  (http://www.bankofengland.co.uk/statistics/Documents/rates/baserate.pdf).

The point is that an interest rate of 13% cannot be assumed to be “eye-watering” simply because it would be so in 2013.  What is needed is a careful and considered understanding of why the rate was 13% in 1973 and what consequences that had.

This blog is written by Matthew Cooper.
View all posts by Matthew Cooper →
This entry was posted in Uncategorized and tagged 1973, British History, credit crunch, interest rates, sleaze. Bookmark the permalink.